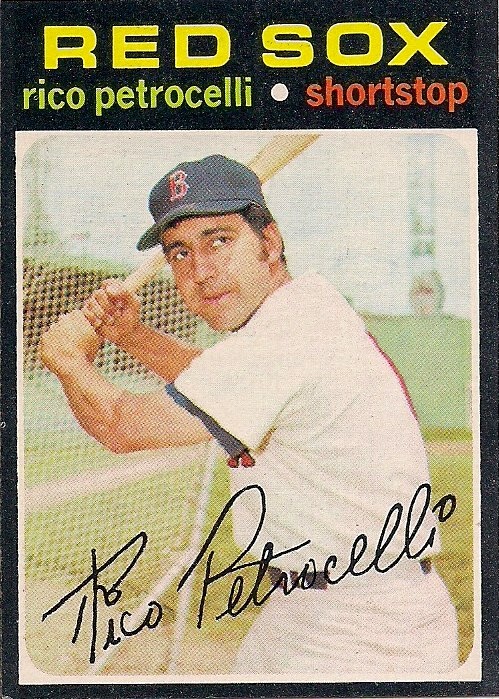 Can ya dig it: A batting cage in Fenway Park? Well that's just too much of a good thing.

Right on: This is the last time that Petrocelli is listed as a shortstop on his card. He was moved to third base for the 1971 season to accommodate the acquisition of Luis Aparicio.

You see this cat Petrocelli is a bad mother: Petrocelli hit 25 home runs before the All-Star break in 1969 on his way to setting the Red Sox record for most home runs by a shortstop.

Shut your mouth: Petrocelli went through a number of injuries in his career, including a constant elbow problem. He suffered from calcium deposits and at one point gave up milk and ice cream to cure himself of the issue.

No one understands him but his woman: It shocks me that Petrocelli was out of baseball by age 33. He was leaving just as I became acquainted with those who played the game. I thought Petrocelli looked awfully old on his '76 and '77 Topps cards and couldn't wait for the youthful Butch Hobson to take over for him at third. Little did I know that Petrocelli was still a youngster at that point. 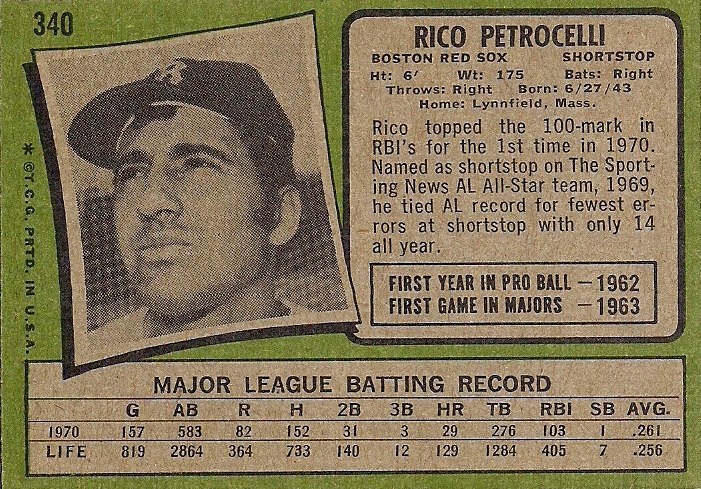 (A word about the back): The fewest errors by an AL shortstop in a season is now a miniscule three by Cal Ripken and Omar Vizquel.
Posted by night owl at 2:34 AM