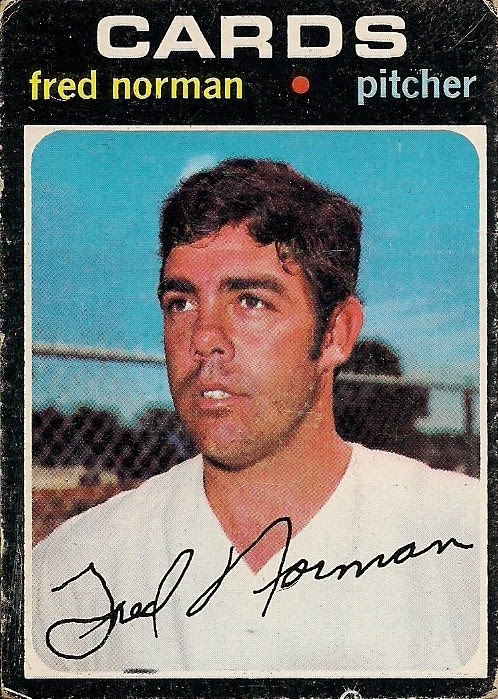 Who is the man: Fred Norman spent most of his 1970 season with the Dodgers until he was claimed off waivers by the Cardinals very late in September of that year.

Can ya dig it: I'm pretty certain Norman is wearing a Dodgers uniform in this photo. There's no way Topps would have been able to get a photo of him as a Cardinal at such a late date (you had to wait for later series to be issued for that).

Right on: The rough borders on this card match Norman's unkempt look in the photo. I like it.

You see that cat Norman is a bad mother: Norman was a regular member of the pitching staff for the Big Red Machine. Between 1973 and 1979 he won in double figures for the Reds every single year.

Shut your mouth: Norman probably wasn't even a Cardinal when most kids pulled this card out of packs. He was traded to the Padres in June of 1971.

No one understands him but his woman: Norman pitched for 14 pro teams in his first 11 years in baseball. 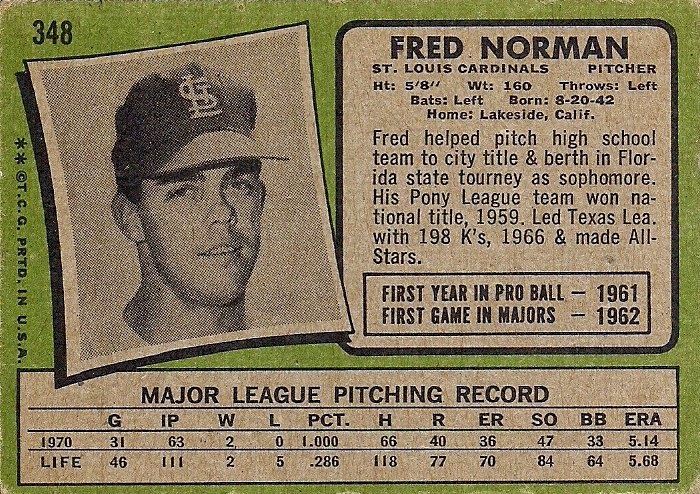 (A word about the back): All of those 1970 stats, except for one game, one inning pitched, and one hit, were achieved with the Dodgers.
Posted by night owl at 2:24 AM