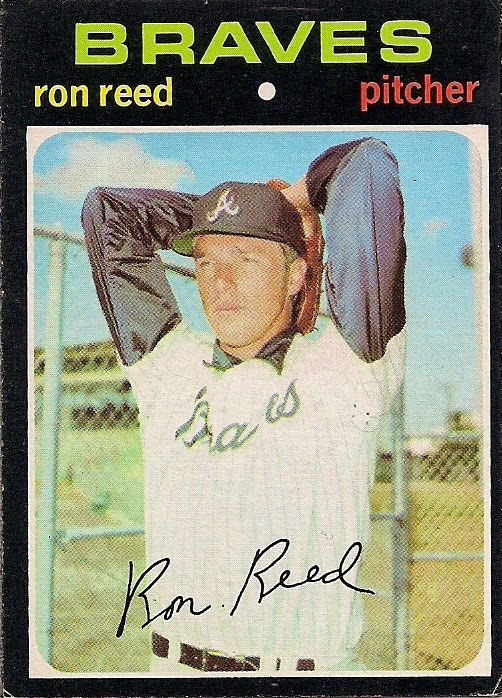 Who is the man: Ron Reed was coming off a disappointing 1970 season in which he missed nearly half the year. He broke his collarbone in spring training when he tripped over first base during a fielding drill.

Can ya dig it: Should he be raising his arms that far over his head after a broken collarbone? What makes me think this is an old photo?

Right on: That is a good way to hide that fact that there is no ball in your glove.

You see this cat Reed is a bad mother: The man played professionally in two of the "big four" sports. He was a member of the Detroit Pistons from 1965-67 before playing in the major leagues from 1966-84.

Shut your mouth: Reed pitched for the Phillies from 1976-83. When famed Phillies announcer Harry Kalas died, Reed said he cried for the first time since his mom died.

No one understands him but his woman: Before Reed came to the Phillies, he was primarily a starter. When the Phillies told him he was going to be a reliever, he asked to be traded. But with some encouragement from fellow reliever Gene Garber, Reed tried it and he pitched eight more years as a reliever. 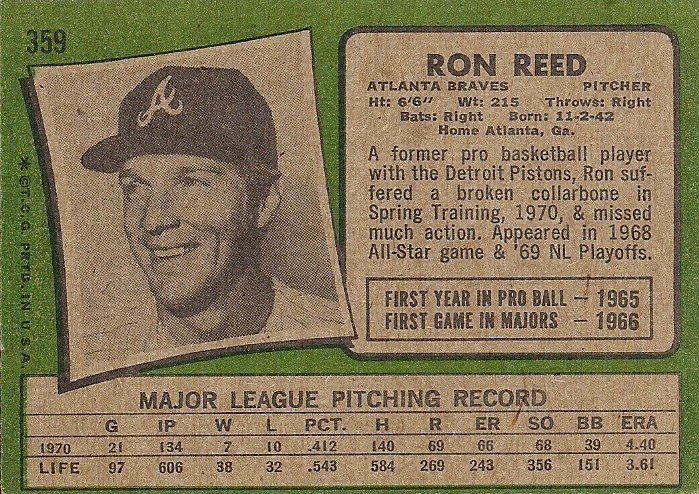 (A word about the back): Now that is an interesting write-up! Sure, I already told you most of it, but it's still a lot more interesting than most of the 1971 bios.
Posted by night owl at 12:48 AM