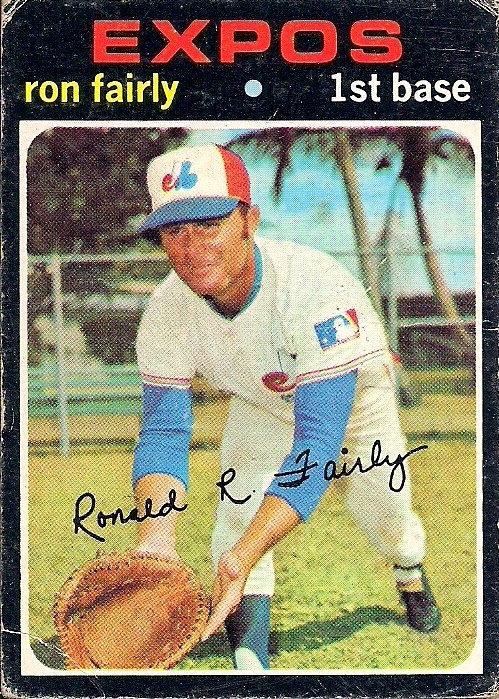 Who is the man: Ron Fairly had just completed his first full season for the Expos when this card was created. After steadily declining with the Dodgers over the previous few years, his career enjoyed a little bump in 1970.

Can ya dig it: The two-handed scoop! None of this one-handed ole stuff for Ron.

Right on: Love me a chain-link fence in the background of a baseball card. ... Oh, and palm trees.

You see this cat Fairly is a bad mother: Fairly batted .379 (11-for-29) with a couple of home runs in the 1965 World Series, which the Dodgers won in seven games over the Twins.

Shut your mouth: Fairly had a difficult time adjusting to the Expos after he was traded from L.A. in 1969. "When I showed my four-year-old son, Mike, where I would be playing (on a map) after the trade," Fairly said, "he looked at me sadly and asked, 'Does this mean I don't have a daddy anymore?'"

No one understands him but his woman: Fairly was the first player to appear in the All-Star Game for both Canadian franchises, the Expos and the Blue Jays. 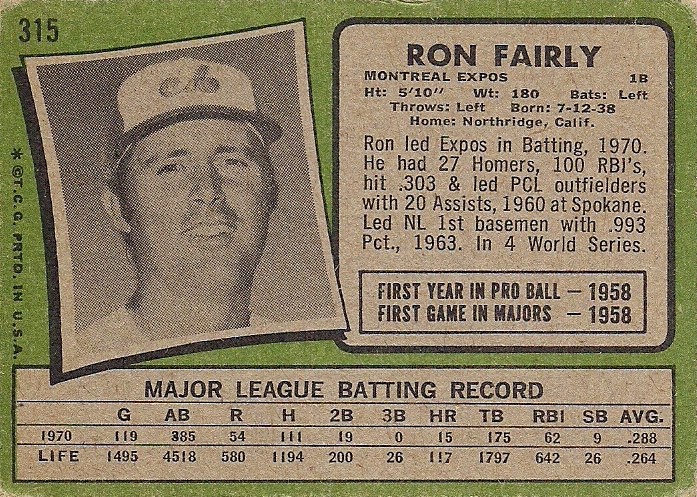