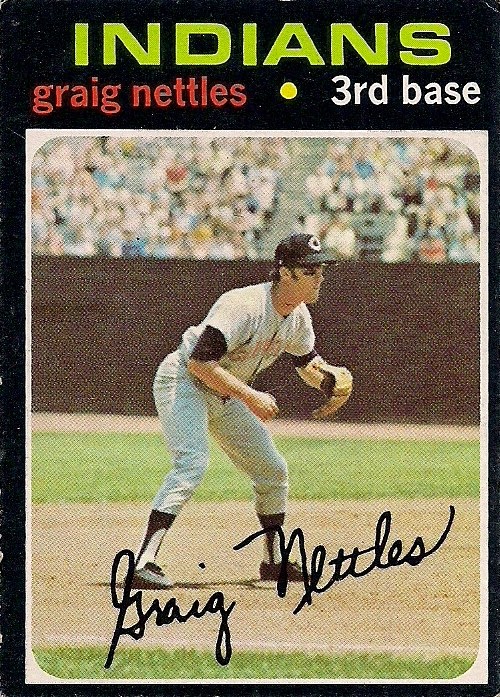 Who is the man: Graig Nettles had just completed his breakout season in 1970, hitting 26 home runs in 157 games for the Indians.

Can ya dig it: A pretty cool action shot of Nettles in a stadium I should know, but I don't because I was 4 in 1970 and everything looks different. Topps revisited this Nettles pose when he was with the Yankees.

Right on: This is Nettles' first card in which he's wearing an Indians uniform. He's listed as an Indian in the 1970 Topps set, but he's really in a Twins uniform.

You see this cat Nettles is a bad mother: Grrrrr, something about Game 3 of the 1978 World Series, grrrrr.

Shut your mouth: Nettles badmouthed Yankees owner George Steinbrenner in the book "Balls," which was released before the 1984 season. It earned Nettles a trade to San Diego in March of that year.

No one understands him but his woman: I remember when Nettles contracted hepatitis in 1980 and had to miss a lot of the season. It was the first time I had heard of anyone getting hepatitis. 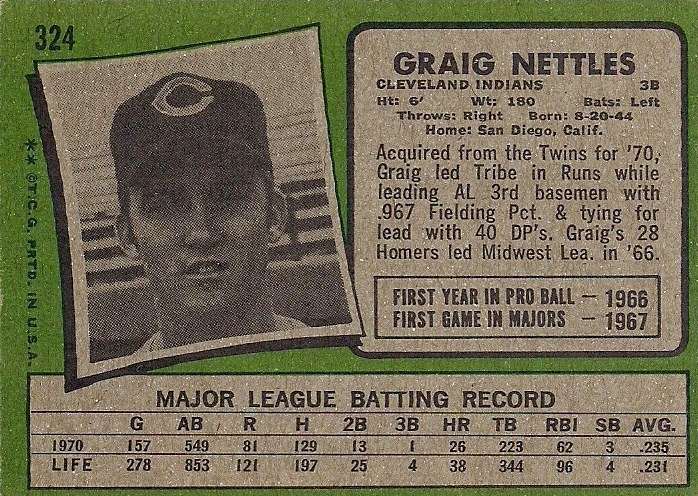 (A word about the back): Nine days late on posting this on his 70th birthday.
Posted by night owl at 12:43 AM