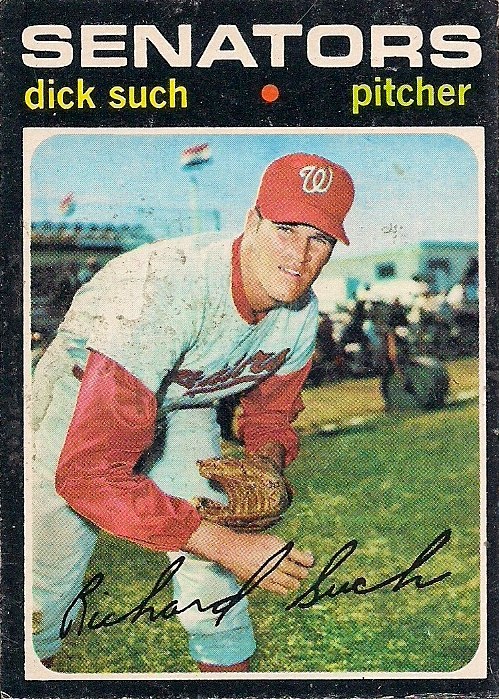 Who is the man: Dick Such spent his only time in the major leagues in 1970, appearing in 21 games on the mound, including five starts. His career stats are 1-5 with a 7.56 ERA.

Can ya dig it: Such is wearing a wicked gum stain on his uniform that I didn't notice until scanning the card.

You see this cat Such is a bad mother: Such would enjoy a much more memorable baseball career as a pitching coach, particularly with the Minnesota Twins. He was the Twins' pitching coach during their World Series champion years of 1987 and 1991, heading hurlers like Frank Viola, Jack Morris, Bert Blyleven, Rick Aguilera, Jeff Reardon and Steve Bedrosian.

Shut your mouth: Such, looking back on his career a few years ago, said: "If I knew then what I knew now, I might have hung around longer." Wouldn't we all, Dick. Wouldn't we all.

No one understands him but his woman: I see he signed his name "Richard Such." I'm sure that's what he would go by if he was starting his career today. Nobody's named "Dick" these days. 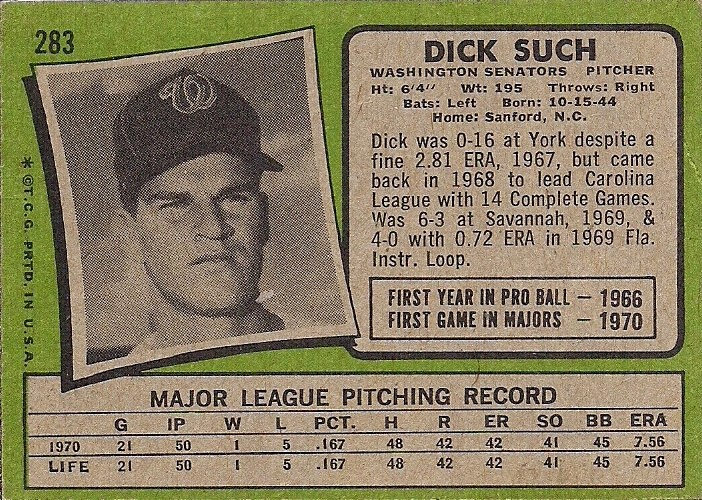 Email ThisBlogThis!Share to TwitterShare to FacebookShare to Pinterest
Labels: Dick Such, Washington Senators