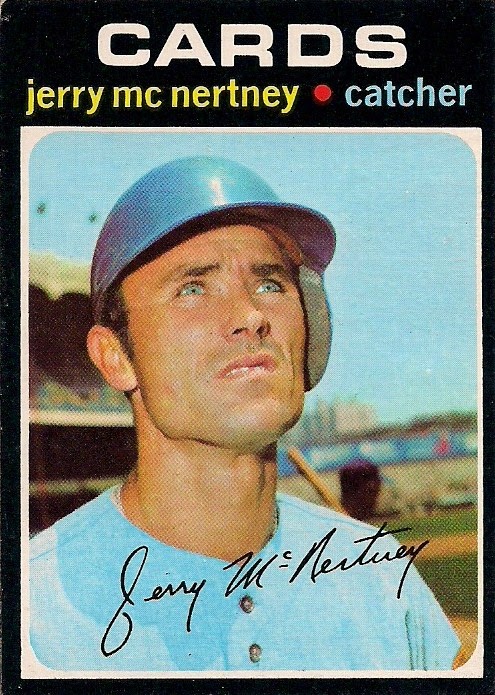 Who is the man: Jerry McNertney was traded from the Brewers to the Cardinals shortly after the 1970 postseason. He had enjoyed his two most prolific major league season with the Pilots/Brewers in 1969 and 1970.

Right on: Why did photographers pose players looking off into the sky like this? This is nothing you'd see a baseball player do. He looks like he's lost his helium balloon.

You see this cat McNertney is a bad mother: McNertney was called the "Weekend Warrior" when he played for the Cardinals in 1971. He would fill in at catcher for Ted Simmons that season because Simmons spent the weekends fulfilling U.S. Army Reserve obligations.

Shut your mouth: The sponsor of McNertney's baseball-reference page specifically references McNertney's "piercing blue eyes." And this card supports that they are indeed piercing. 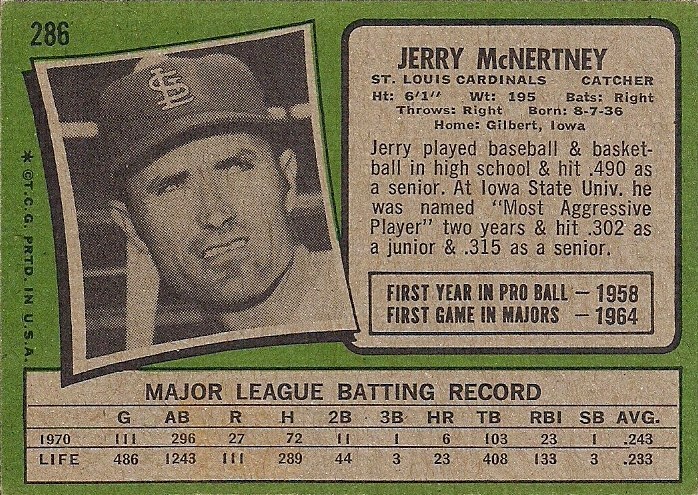 (A word about the back): "Most Aggressive Player"? That's a pretty cool award. I'd like to see that presented in the major leagues.
Posted by night owl at 2:38 AM