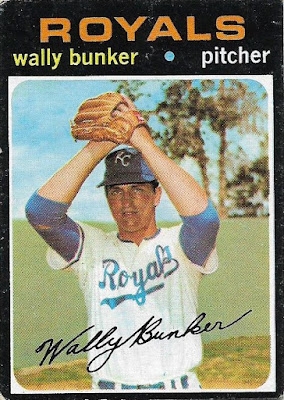 Who is the man: Wally Bunker struggled through arm problems the entire 1970 season and didn't win a game until September. It would be his last full season in the majors.

Can ya dig it: I wonder if he wore that holey shirt in an actual game.

Right on: Final card of his career.

You see that cat Bunker is a bad mother: Bunker was the only rookie pitcher of the 20th century to win as many as 18 games when he went 19-5 for the Orioles as a 19-year-old in 1964, finishing second in the Rookie of the Year voting.

Shut your mouth: Bunker and his wife, Kathy, wrote a children's book, "I Am Me" that was published in 2015.

No one understands him but his woman: The Royals named Bunker their Opening Day starter in 1970, but only after he cut his long hair. 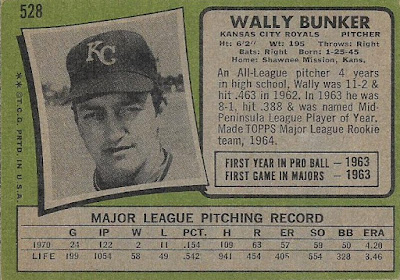