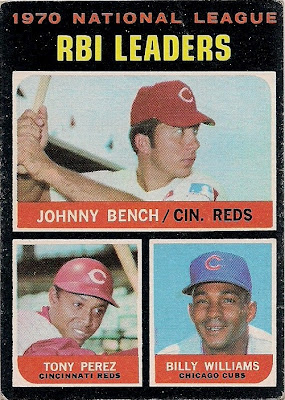 Can ya dig it: I know the RBI is not the most respected stat among baseball number-crunchers these days, but when the top two RBI producers are each on the same team, that team is really racking up some runs. They didn't call them the Big Red Machine for nothing.

Right on: The Perez photo is a repeat of Perez's 1970 Topps card.

You see these cats are bad mothers: Later. We'll get to the bad mother business with these guys later.

No one understand him but his woman: What could be considered Johnny Bench's two "co-stars" on the '80s kid show "The Baseball Bunch" were Tommy Lasorda and The Chicken. I bet the lunch breaks were interesting. 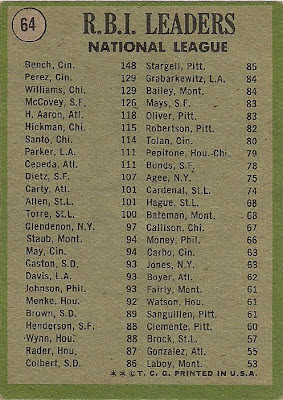