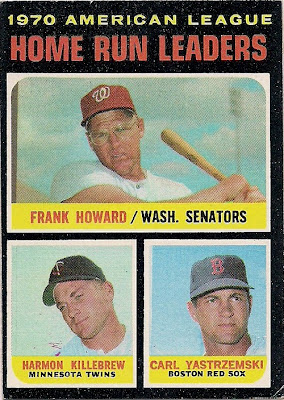 Who is the man: Frank Howard is the man again! Gracious, he strikes a frightful pose.

Right on: It is so cool having a card featuring the Capital Punisher, Killer and Yaz.

You see these cats are bad mothers: We'll explore that in future posts.

Shut your mouth: Harmon Killebrew, notoriously quiet and gentle, was once asked if he had any hobbies. "Just washing the dishes, I guess," he said.

No one understands him but his woman: Howard was particularly upset by Washington's move to Texas in 1972. He liked the area and was popular with the few fans the Senators had. "I'm sure Dallas deserves a team," he said. "But I'm sorry it had to be ours." 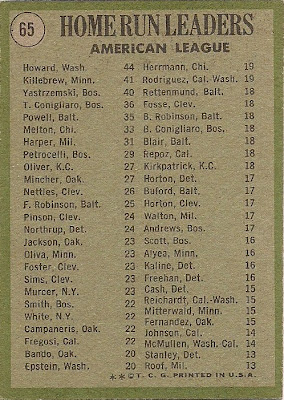