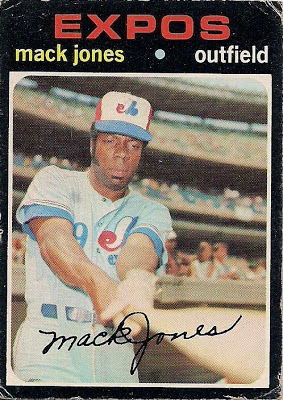 Who is the man: Mack Jones was entering his final major league season when this card appeared in packs. He'd play in just 43 games for the Expos in 1971.

Can ya dig it: This is the last card issued of Jones during his career.

Right on: Dig the folks in the stands. They look like kids, but they're too far away to tell for sure.

You see this cat Jones is a bad mother: Jones delivered four hits in his very first game in 1961. Two of those hits came against Bob Gibson.

No one understands him but his woman: Jones was selected second by the Expos -- after Manny Mota -- in the 1968 expansion draft. He was hugely popular in Montreal and called fans in Quebec, "the greatest baseball fans in the world." 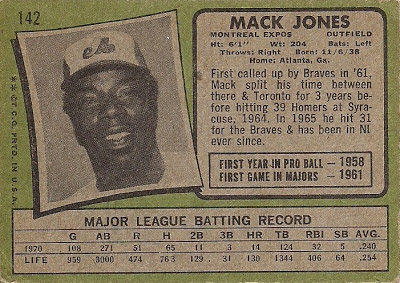